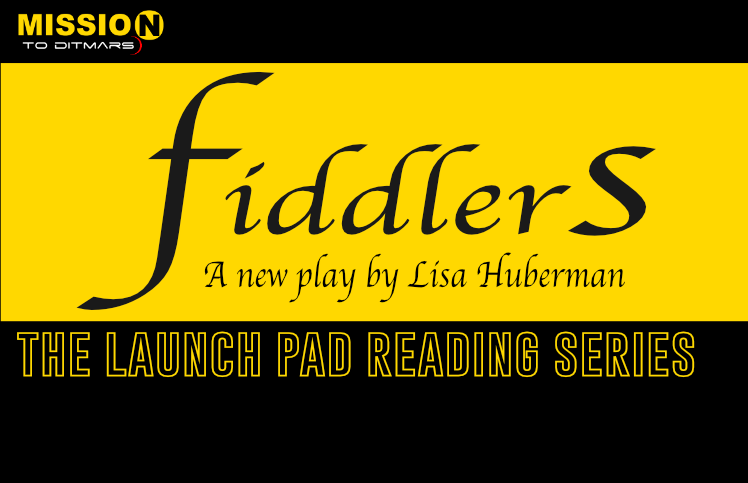 Mission to (dit)Mars is thrilled to continue the Launch Pad reading series with FIDDLERS, a new play by Lisa Huberman and directed by Aimee Todoroff.  This free reading will be performed on Monday, February 4th at 7pm at The Broom Tree Theatre located at 23-35 Broadway in Astoria, NY.

FIDDLERS is about Ava, a left-wing anti-Occupation activist who thinks she has a clear sense of her identity as a secular American Jew. But when she brings her non-Jewish boyfriend home at the anniversary of her mother’s death, she is forced to confront her own biases, insecurities, and inherited traumas.

On why she wrote Fiddlers, playwright Lisa Huberman explains “Fiddlers is a way for me to work through my own complicated feelings about Israel, which is especially challenging with the rise of anti-semitism over the last few years. Regardless of political affiliation, most Jews I know are living in this constant state of trauma over how to best keep our communities safe, and I want to give voice to those anxieties.“

On what she hopes the audience will take away from Fiddlers, Lisa offers “I think if my plays fit into a genre it’s “awkward intersectionality”: people who attempt to connect over cultural differences, but find it incredibly hard and end up screwing up a lot. I hope my play will help encourage people to lean into their own discomfort a bit more when confronting their own blind-spots and biases.”

To attend the reading, please make a reservation here.

The Broom Tree Theater at